I've always loved Varmilos keyboards and their amazing build quality. Unfortunately the firmware is often really bad and leave a lot to wish for, especially the lack of programmability. As with most mass produced keyboards the selection of switches are also quite slim. As for me who like tactile switches the choice is often only between brown and clear switches. The solution is easy, a custom build with a Varmilo case but with better switches and support for programming.

Here's a teaser picture of the finished keyboard. 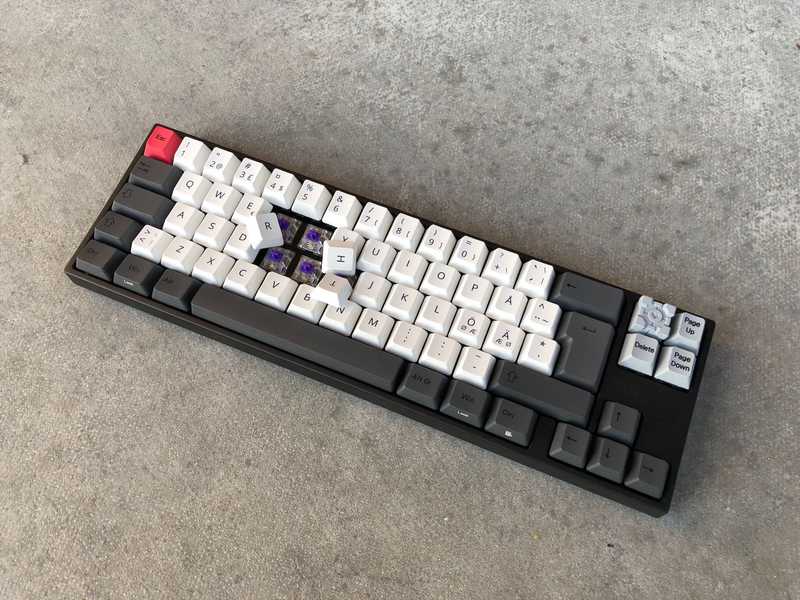 Enough with the writing, let's look at some pictures 😍 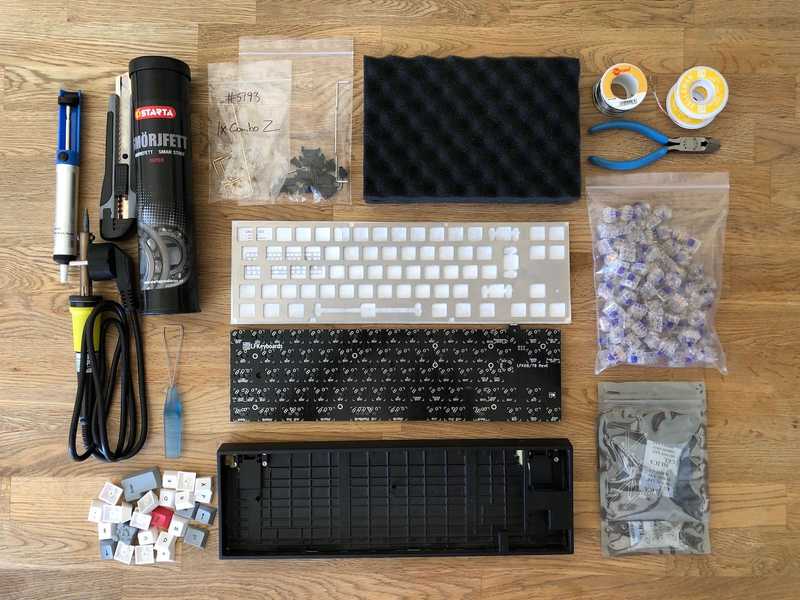 The (almost) complete setup before the build. 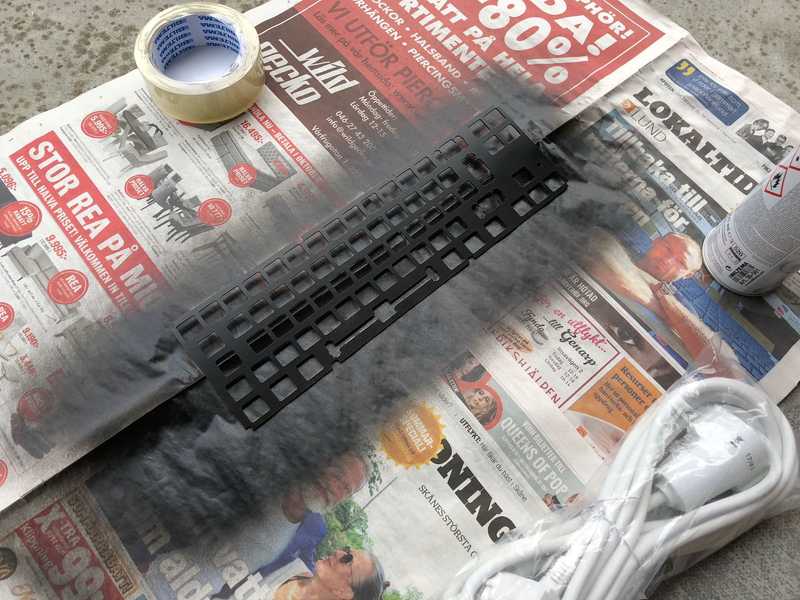 Sprayed the plate black to better match the case. 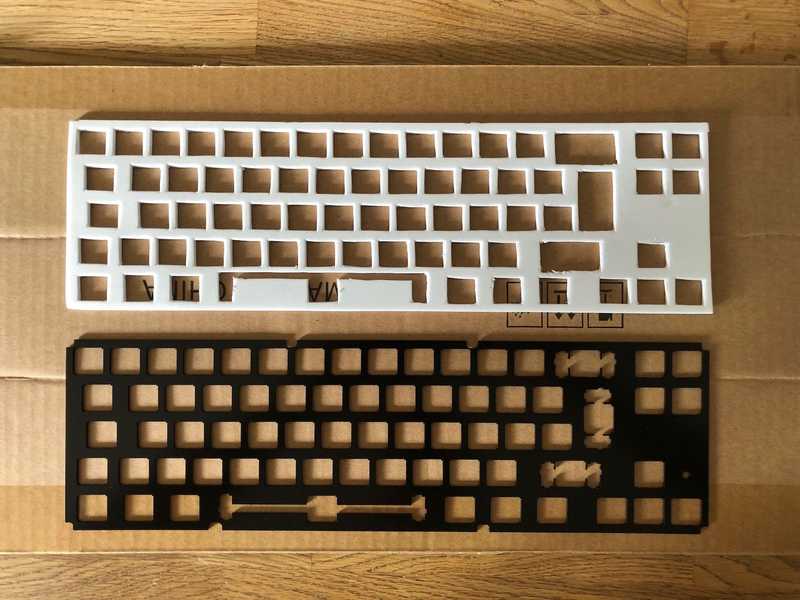 For a better sound dampening I cut foam rubber to be placed between the plate and PCB. 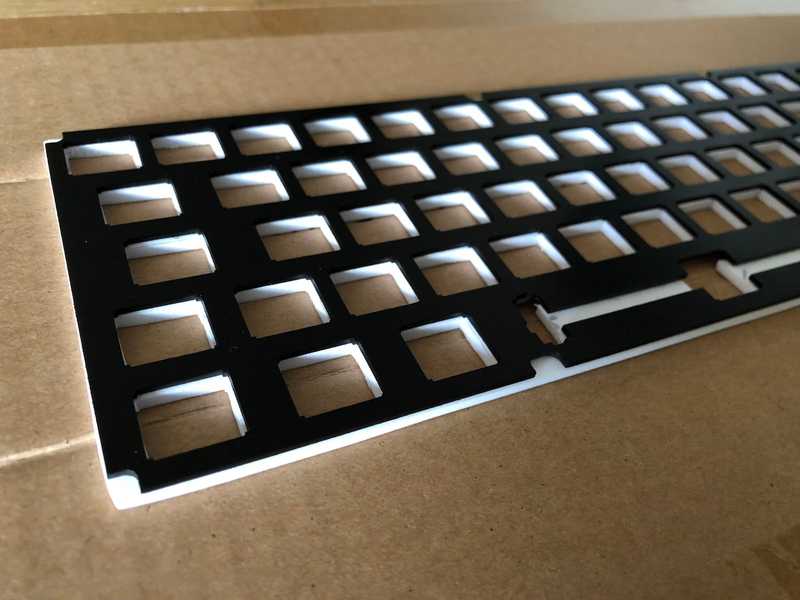 A perfect fit! Still some adjustments needed but overall it looks good. 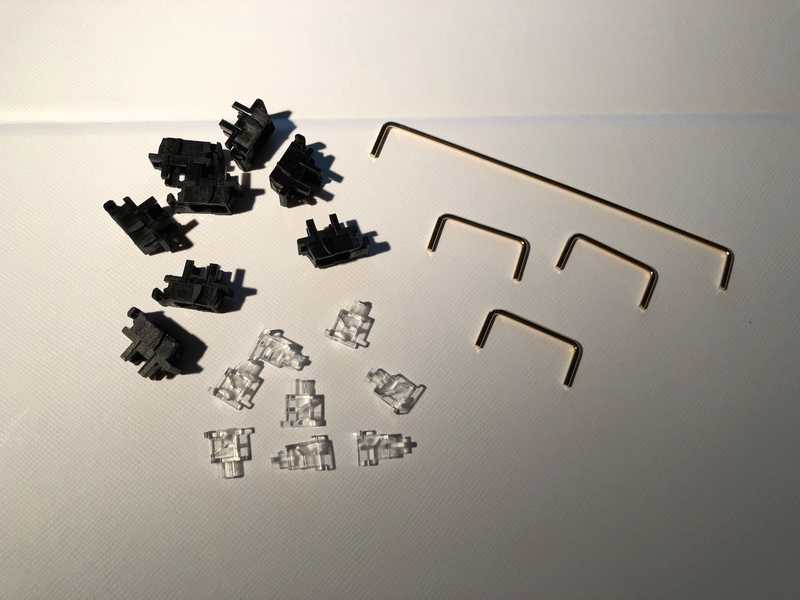 Putting together and lubing the stabs. Unfortunately the PCB didn't support PCB mounted stabs (only PCB mounted switches for some reason) so I had to use parts from different sets. 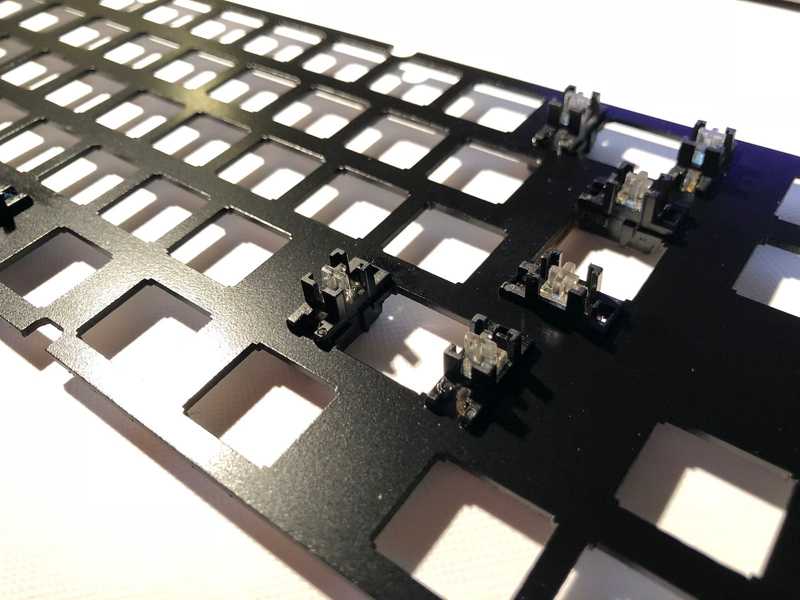 It worked out pretty good anyway. I needed to put some hot glue to keep the stabs in place but other than that they are smooth as butter. 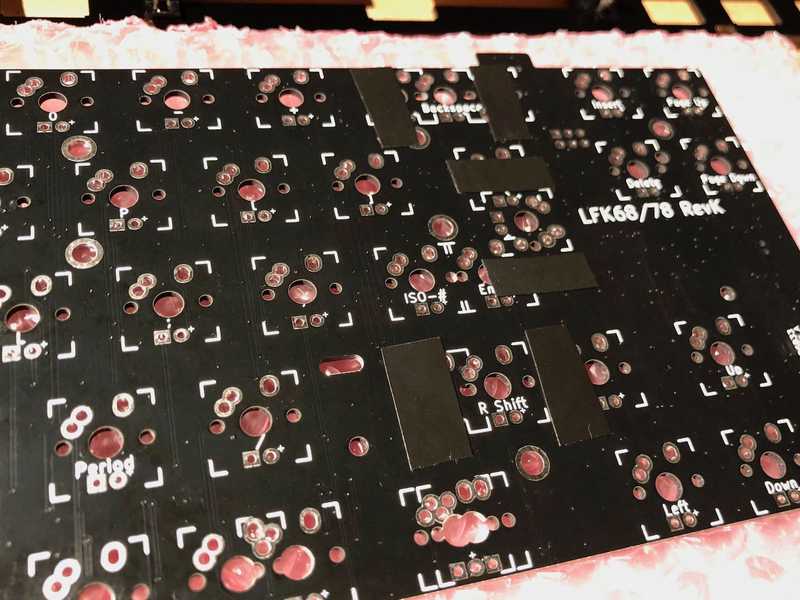 To reduce noise and protect the PCB I put electric tape where the stabs hit the PCB. 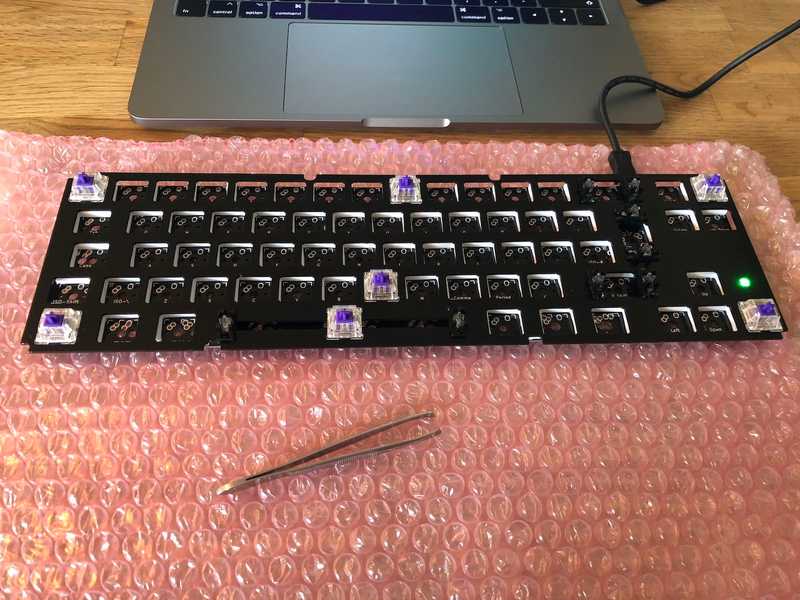 Before soldering all the switches a good idea is to make sure the PCB works. That is easily done with a pair of tweezers and an application showing activated keys. 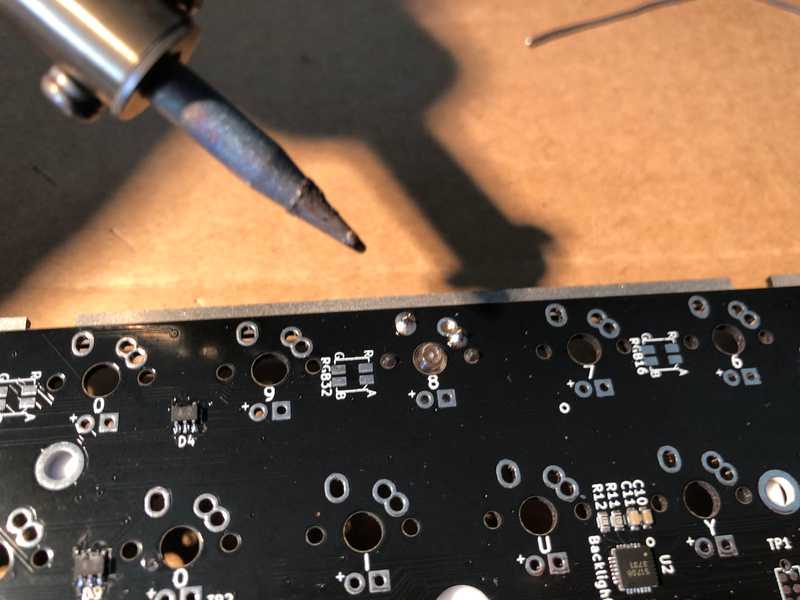 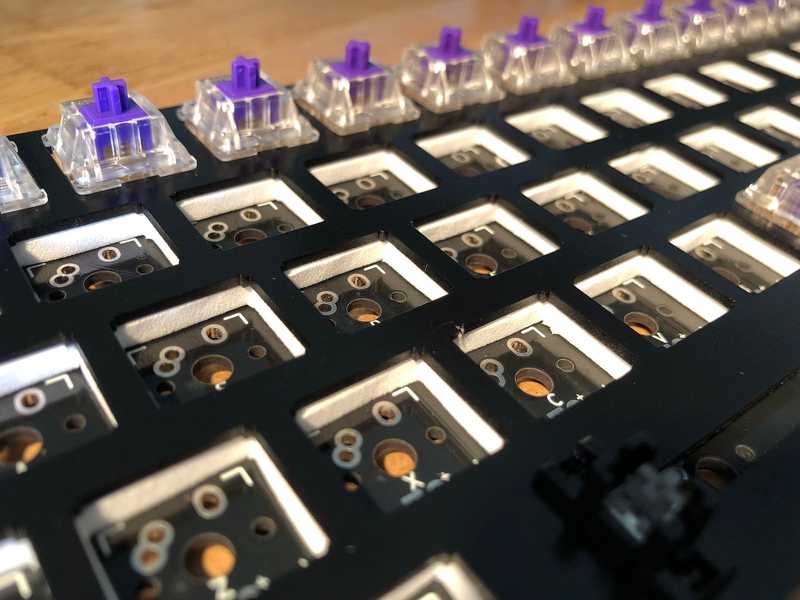 All corners and the top row done. The foam rubber still fits perfectly. 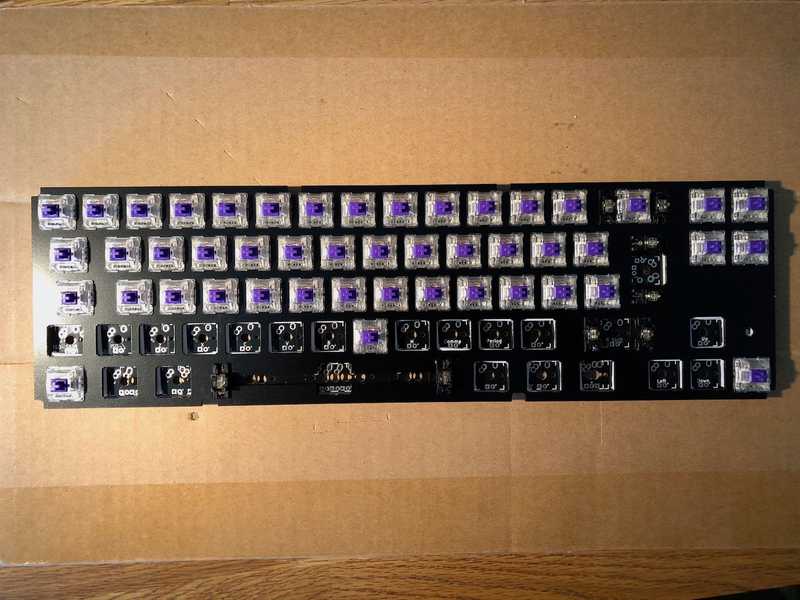 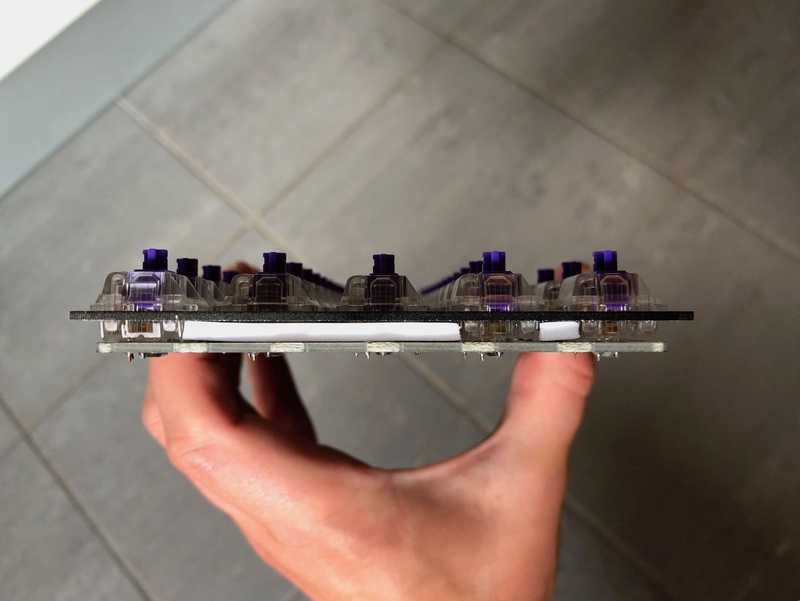 Had to cut the sides of the foam rubber between the plate and PCB to make it fit in the case but the size was just perfect. This will contribute to a nice and deep sound inside the aluminium case. 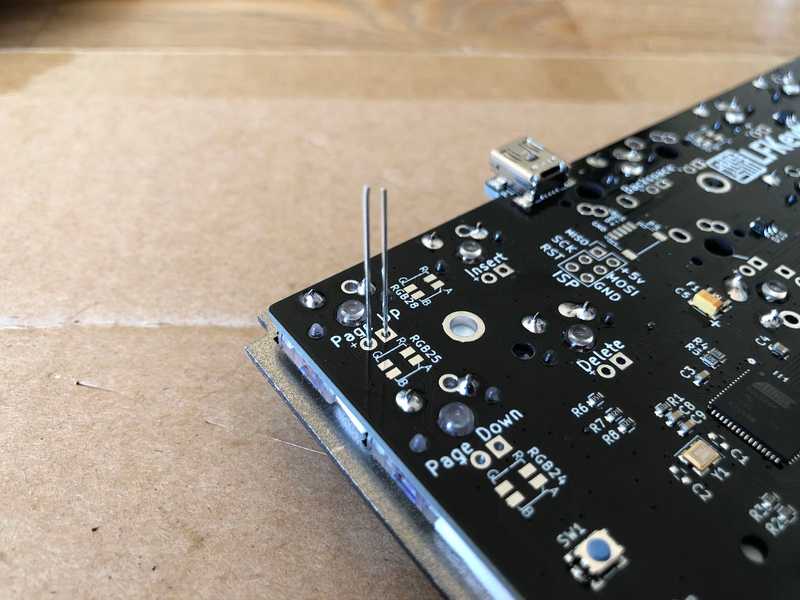 Now it's time for the LEDs. 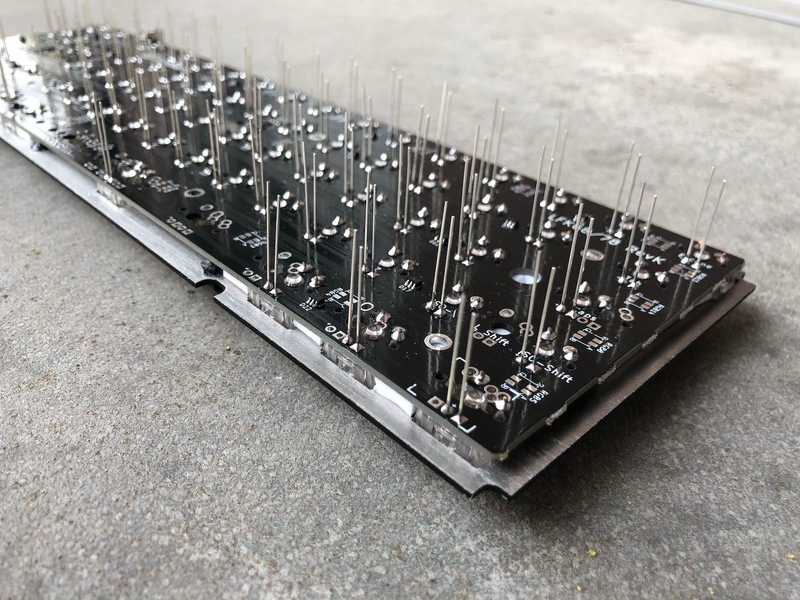 A nice anode and cathode forest. 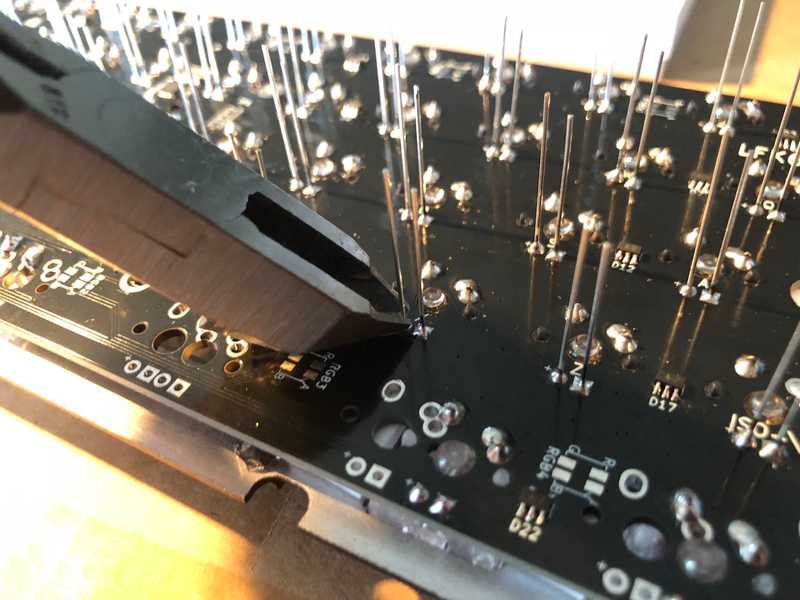 Unfortunately it wouldn't fit nicely in the case without being cut off. 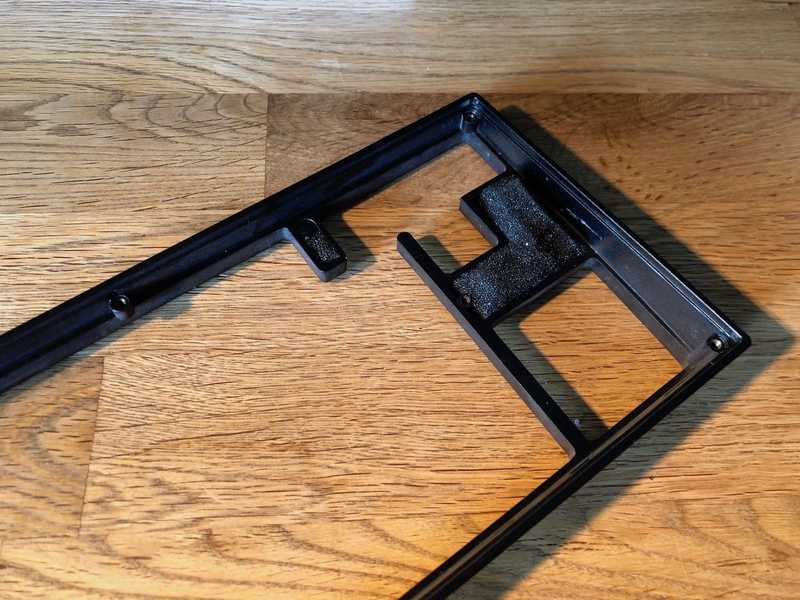 It probably doesn't do much for the sound but I fill all cavities with dampening material. 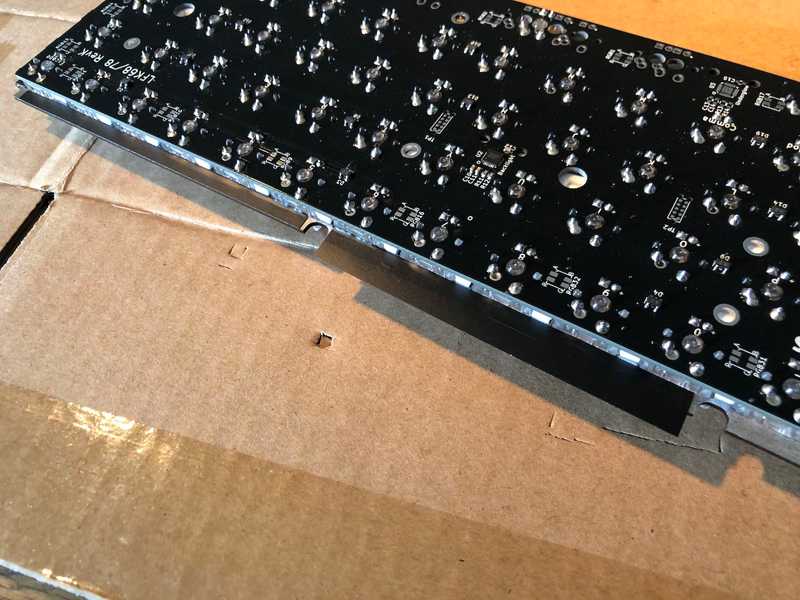 I put electric tape where the plate is laying against the case for decreased acoustic resonance. 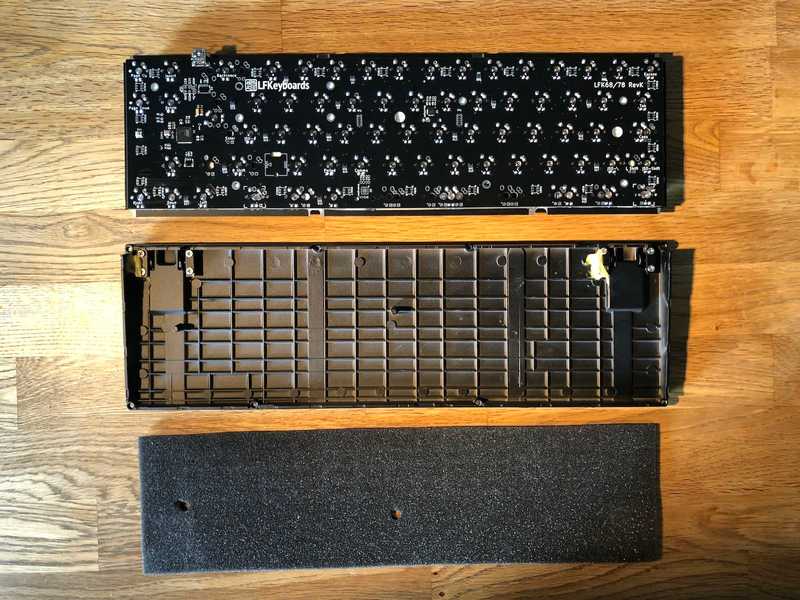 A piece of foam rubber was put in the bottom of the case for... you guessed it! Decreased acoustic resonance. 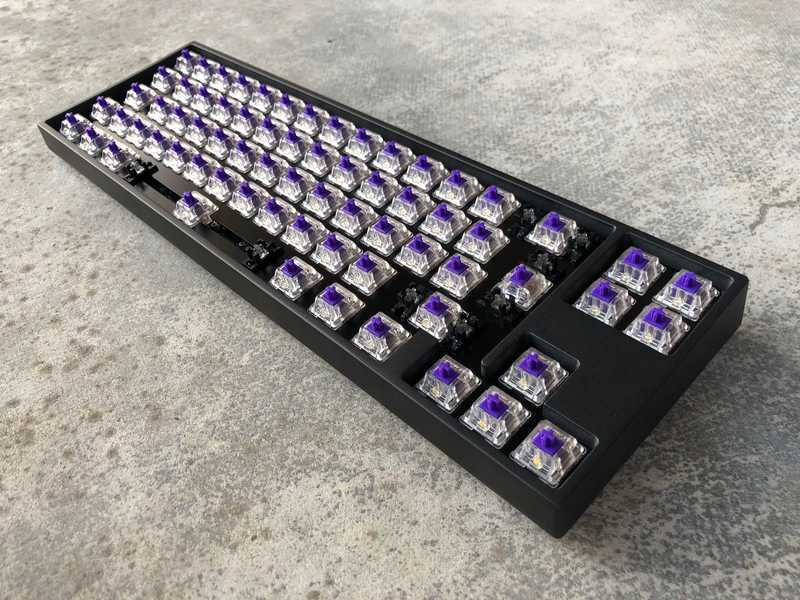 Installed in the case, all nude without caps. 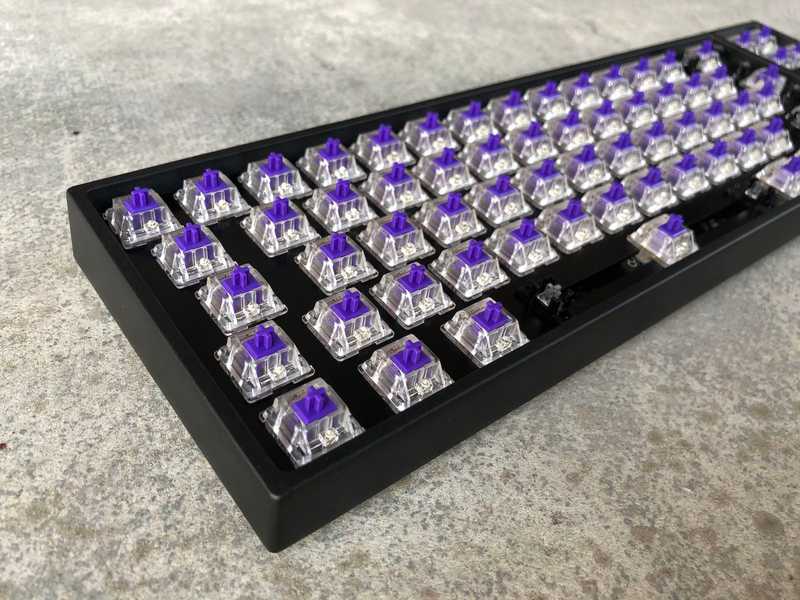 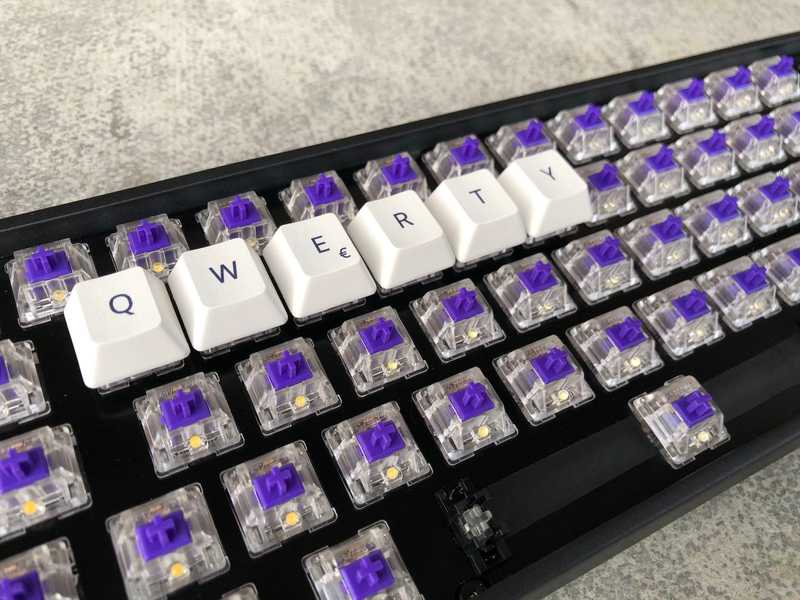 Start adding the keycaps. Also added some tape at the space bar to avoid dust getting in the case. 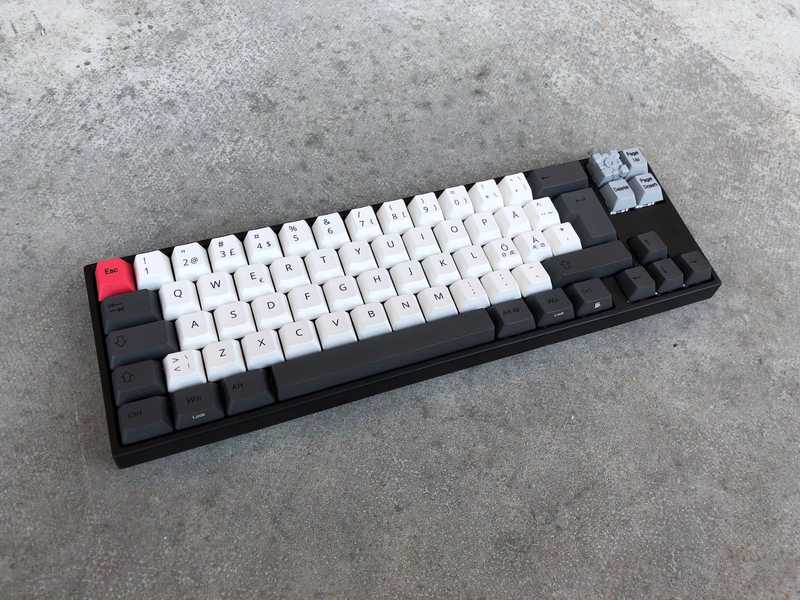 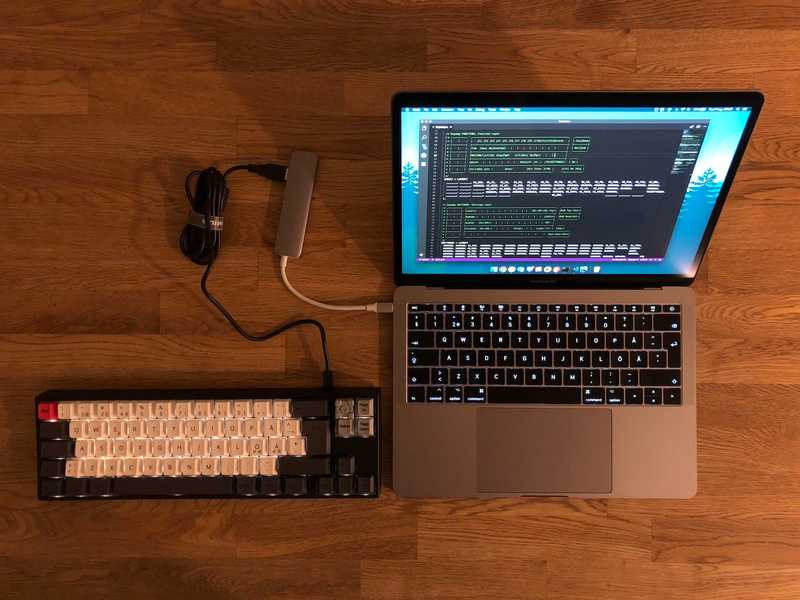 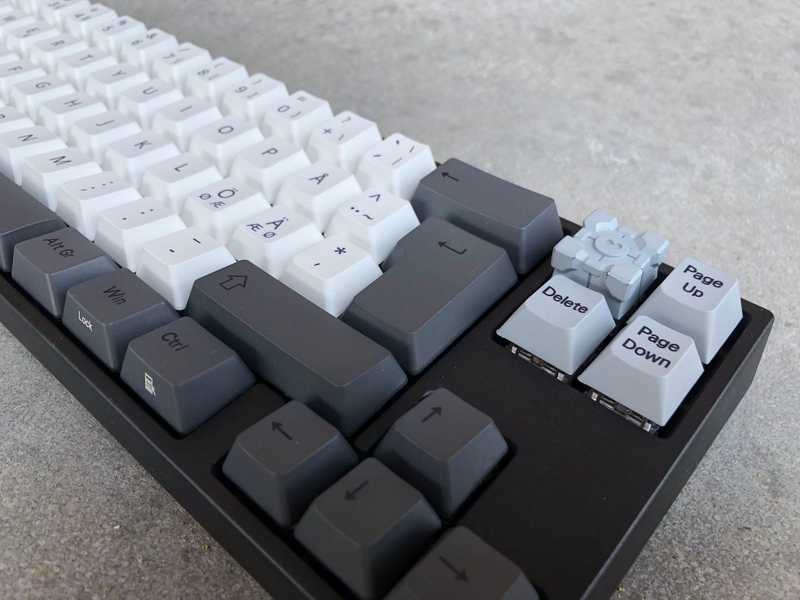 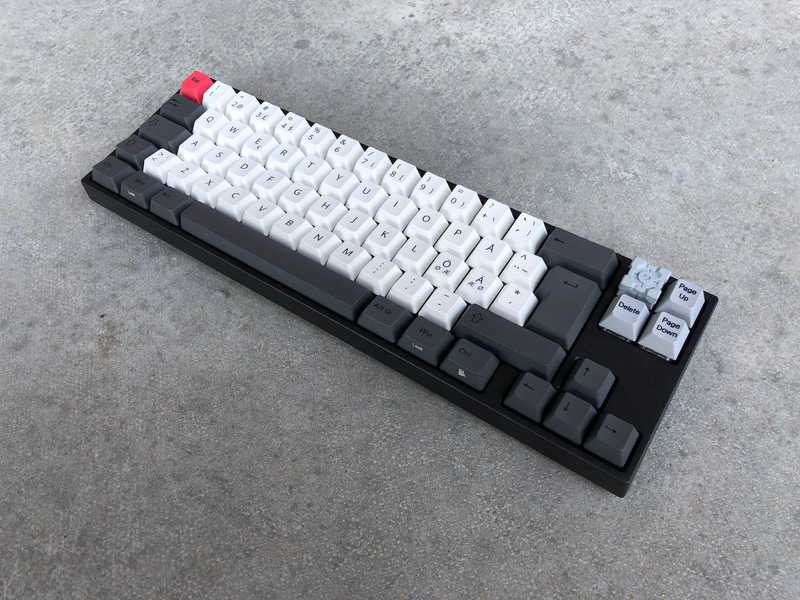 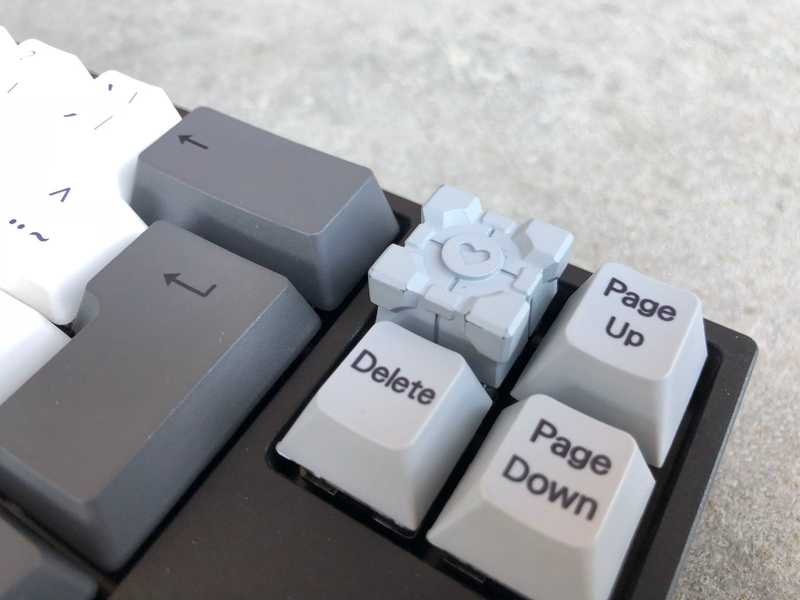 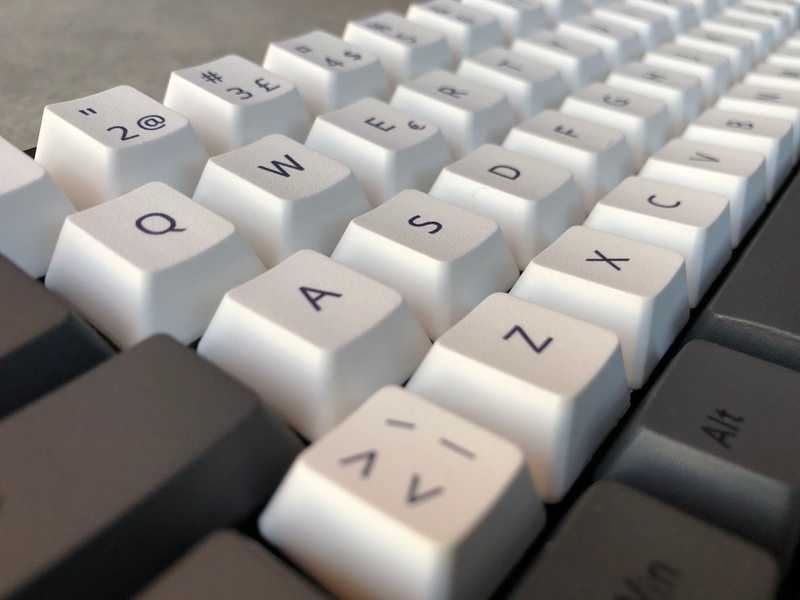